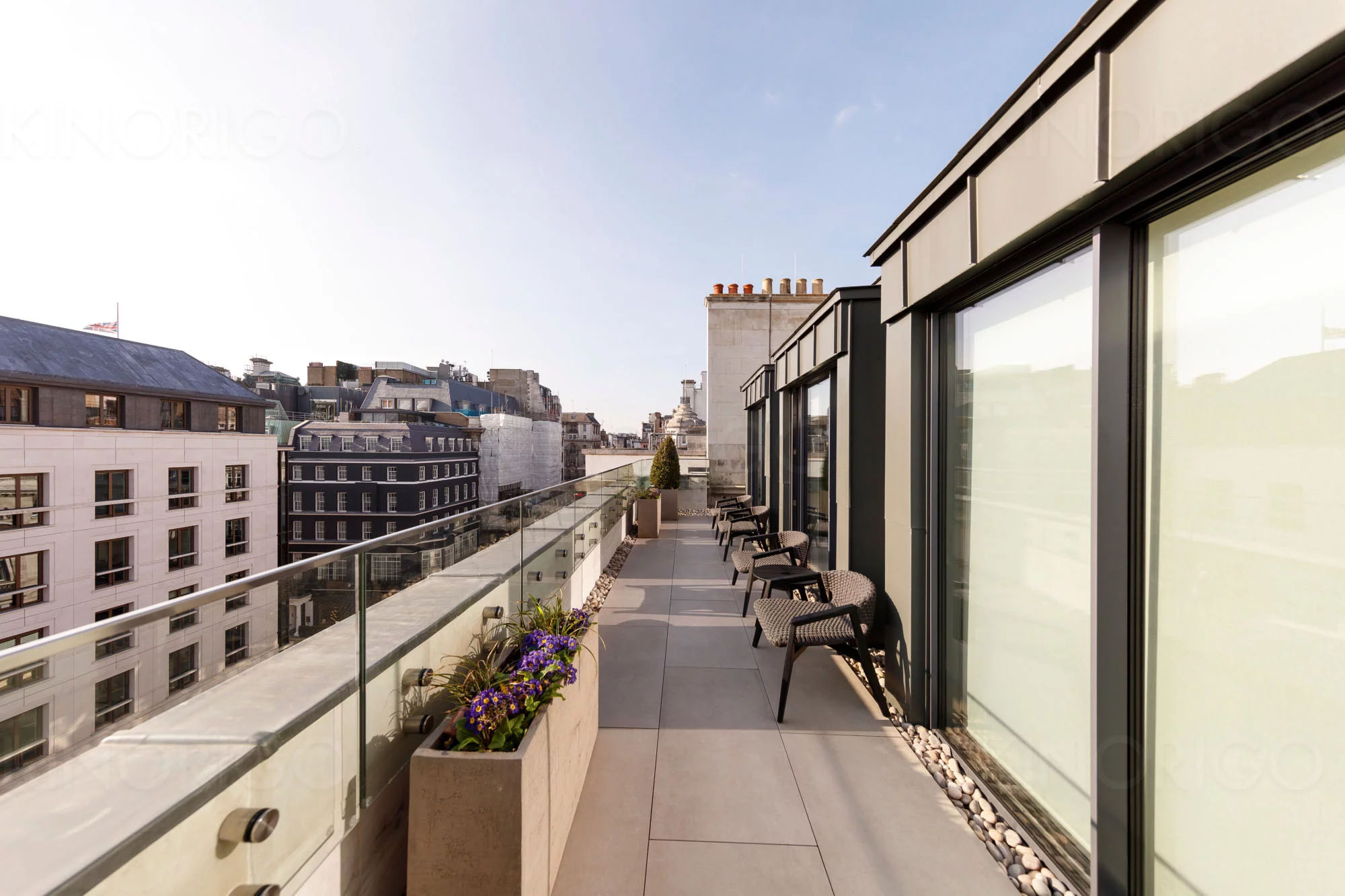 It was a bitterly cold morning on the 30th January 1649, King Charles I was being escorted on foot from St James Street Palace to Whitehall, wherein he would be decapitated for the felony of high treason; the only British Monarch to have been punished for such a crime.

113 years earlier King Henry VIII had commissioned the construction of St James Palace as a private luxury residence. Though Henry enjoyed the palace he never actually made it his main abode, however, following his death, many future Royals did so. St James Palace became the primary seat of the monarch until Buckingham Palace took precedence in 1703.

St James Palace and the small district in which it sits, has been home to many Royals since the late 15th century. Widely considered to be the ‘Royal neighbourhood’ London’s wealthiest flocked to the area making it one of the most sought-after locations in which to live. St James Street reputation for majesty and grandeur has in no way diminished over the years, subsequently, it’s here, overlooking what is considered the most important royal building in British history, that Kinorigo is about to embark on their 4th project.

After being commissioned by MSMR Architects to source and supply a selection of luxury marbles for the Crown Estates latest development, work quickly got underway with design discussions and quarry visits. The brief included 5 penthouse apartments fitted with natural stone throughout, including, bedrooms, ensuites, kitchens and reception rooms. 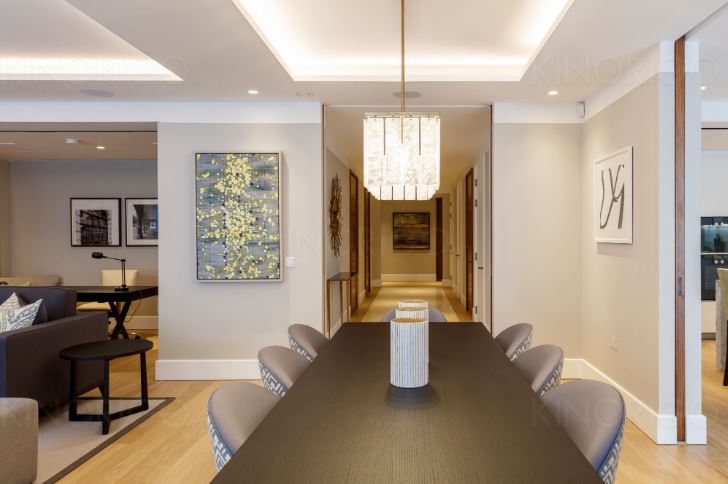 Working closely with Bouygues, Kinorigo helped to deliver a timeless and contemporary palate that beautifully complemented the rich historical context of the site. Such was the success of the first development back in 2016, Kinorigo, have once again been instructed to complete further natural stone works within this prestigious development. 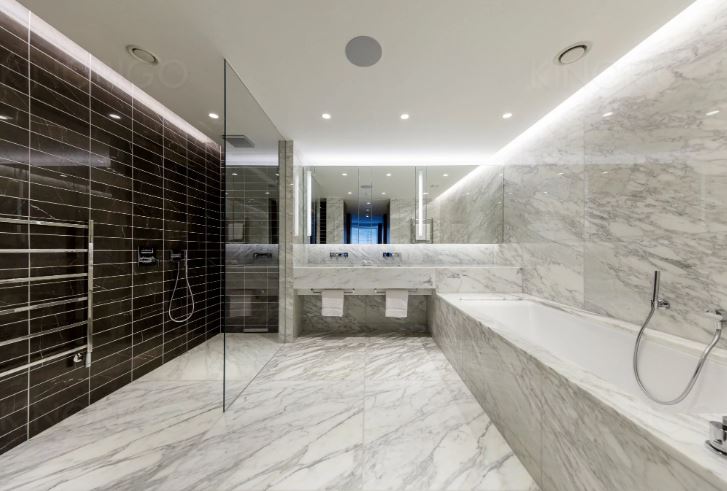 In addition to supplying and installing luxury materials within the high-end residential sector, Kinorigo also apply their craft in some of London’s most prestigious commercial buildings. Located within the offices at 16 St James Street, you’ll find the most exquisitely carved marble vanity splash-backs. Measuring nearly 2 metres in length and weighing over 150kg a piece, these Italian marble artworks are hand carved to replicate the emblems found at the top of the building’s frontage. 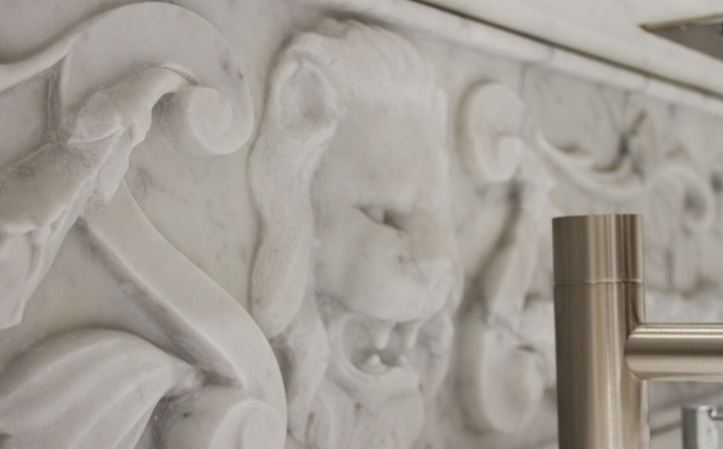 London based architects SuttonCA, enlisted Kinorigo’s expertise when undertaking the design of this particular scope of works. By laser scanning the stone Lion’s head, five stories above street level, Kinorigo were able to create CAD mesh files, this, in turn, enabled the team to produce these spectacular stone splash-backs.

On the opposite side of the road from 16 St James Street, you’ll find another lavish development comprising of 5 beautifully designed penthouse apartments. EPR Architects approached Kinorigo to assist in delivering a scheme that epitomised style and sophistication. 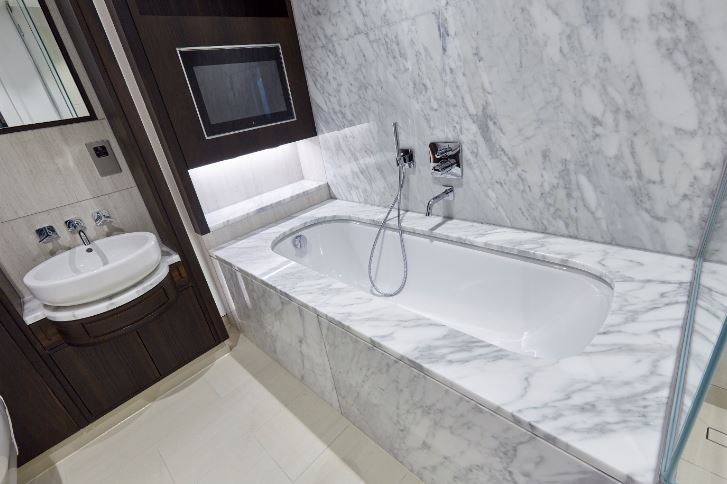 Having recently increased capacity for high-end supply and installation work, the team at Kinorigo are working across the capital on some of the most prestigious sites in the city. Poised and ready to deliver meticulous attention to detail, outstanding results and exceptional customer service, we look forward to discussing your next venture.

1. It was in the staterooms of St James Palace, that Queen Elizabeth I planned her attack on the Spanish Armada.

2. Also within the staterooms of the palace sits a fireplace that Henry VIII commissioned. Originally designed to have the lettering ‘H.A’ emblazoned on its mantle, the design was revisited to include the single letter ‘H’ following the execution Anne Boleyn.

3. In 2010 Prince William publicly announced his engagement to Kate from the staterooms of the Palace.

4. Nestled within the grounds of St James Palace is Clarence House, it’s here that Diana spent several days before her wedding to Prince Charles in 1981. Just 16 years later following her death in 1997,  she was returned to the site of James Palace, where she was kept in the Queens Chapel prior to her funeral.