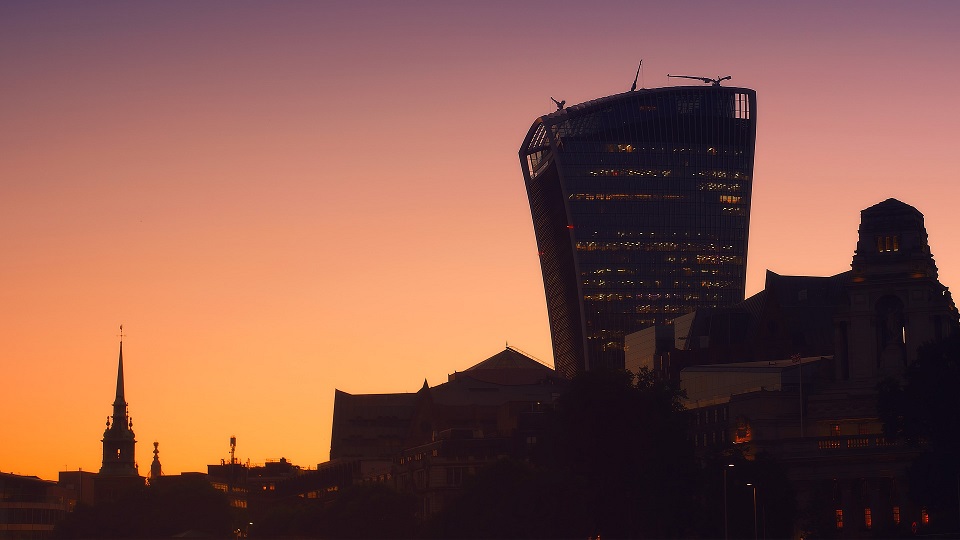 Skylines offer a glimpse into the soul of a city, and London’s enviable silhouette is one of the most memorable and treasured.

The country has a lengthy history of flaunting its design credentials. Ever since the Normans obliterated Anglo-Saxon architecture by coating the landscape in a tapestry of gleaming limestone cathedrals and castles, the island has invested deep reservoirs of national pride in outdoing the competition.

The London skyline is characterised by design and innovation. Here are some of its masterpieces!

At 27 metres, the central tower of the Tower of London is an enduring reminder of the power of stone. Originally built with the dubious task of awing, subduing, and terrifying Londoners, the White Tower continues to make an unshakable statement as it approaches its 1000th birthday.

Like Westminster Abbey, the White Tower is built of Caen stone. A very fine grained limestone, Caen stone has long been praised for its durability: the city of Caen in France was heavily bombed during the Second World War, but both of its stone abbeys survived unscathed, saving the populace who were sheltering inside.

Caen stone is now incredibly rare, and London’s iconic White Tower is considered to be one of the finest examples of its architectural use. The stone is found throughout the city, and is as much a foundational landmark as it is a skyline familiar.

As one of the most important architects of the last century, Renzo Piano’s accolades include the Centre Pompidou in Paris, Sydney’s Aurora Place, the New York Times Building, and, of course, The Shard in London.

Kissing the clouds at a lofty 307.9 metres, this giant splinter of glass and steel quickly became a favourite amongst locals and visitors alike.

Piano gave detailed instructions for The Shard’s materials. These included Kuppam green flamed Indian granite flooring. This stone has a subtle yet mesmerising marbling effect and is available in shades that range from nearly-black to deep emerald. With white ‘flames’ that lighten the tone, Kuppam green is a stone that is energetic without being overbearing.

The Shard is also notable for having become home to an intrepid fox, who, whilst the building was under construction, was found to be living on the 72nd storey. He’ll have been quite comfortable: granite is known as a warm stone that does not generate cold. 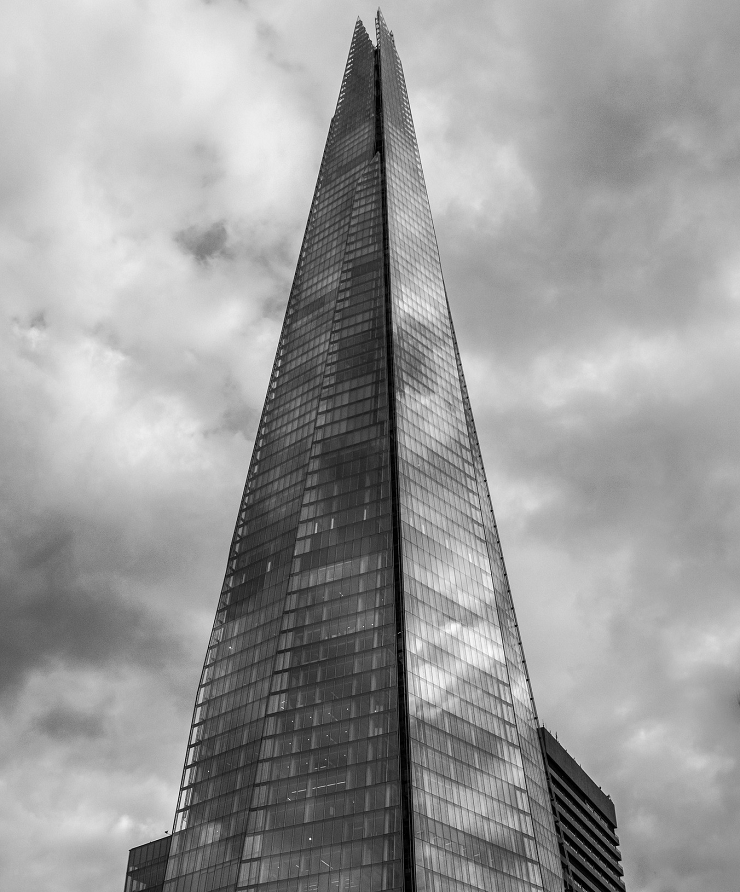 The Controversial Statement: The Walkie Talkie

Formally known as 20 Fenchurch Street, the Walkie Talkie has become almost as well known as The Shard. Getting the building off the ground was a challenge for developers and planners, with Londoners anxious about such a dramatic change to the skyline. Architects reduced the height gradually downwards until plans were finally approved.

However, it was the street level that locals should have been concerned about. Light reflection from the building began melting Jaguars parked below, resulting in the building being briefly re-titled “Walkie-Scorchie”, before it was finally fitted with a sun-screen.

Nevertheless, the artistic building has become a firm favourite. Porcelain tiles and stone were used throughout, including in the world-famous Sky Garden.

A skyline is not just about the highest buildings. It’s also about the architectural backdrop, and London is famous for its dazzling array of buildings. Standing proud next to the London Eye is London’s County Hall, a central focus of the capital’s cultural heritage.

Featuring exhibition rooms, the London aquarium, and the London Dungeon, County Hall also features bespoke furniture and flooring by Kinorigo. With themes of quiet elegance, the interior design complements the famous Edwardian Baroque Portland Stone façade with the modernist statement for which the building is beloved.

Next time you want to enjoy stunning views of Westminster and the Thames whilst enjoying a glass of something special, take note of the statement pieces in the County Hall bar, which are crafted from our Absolute porcelain range. 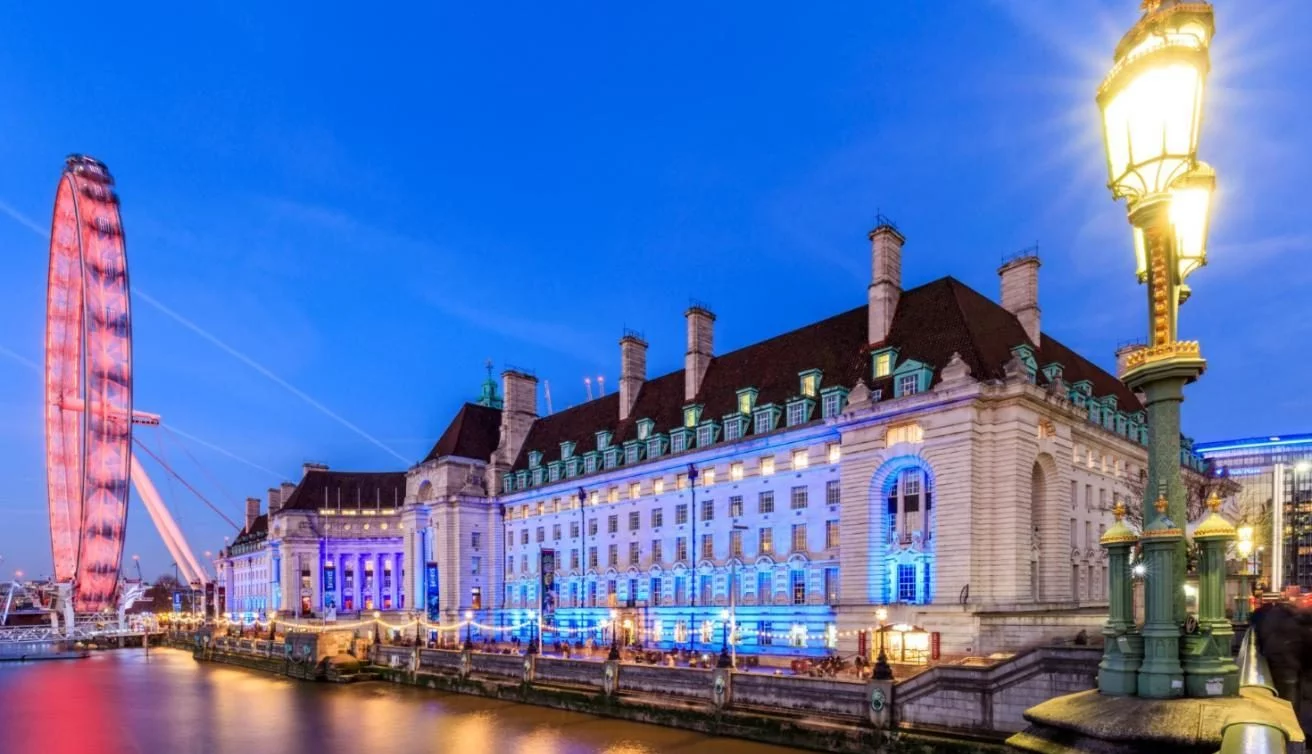 The Future: The Tulip

Skylines are a view from below, but also offer the opportunity for unparalleled panoramic quality. Soaring over 1,000 ft, the new Tulip is a glass masterpiece that is described as being “in the spirit of London as a progressive, forward-thinking city”.

And if there is one comment that can be made about London, both as a city and as an architectural skyline, it is that it is forward-thinking. From seminal buildings such as the White Tower – the marvel of its day – to the budding promise of The Tulip, the city’s architecture is about moving forwards, pushing boundaries, and making a statement of stability.

Underneath it all, infusing its floors, walls, and furniture, is the enduring presence of stone. 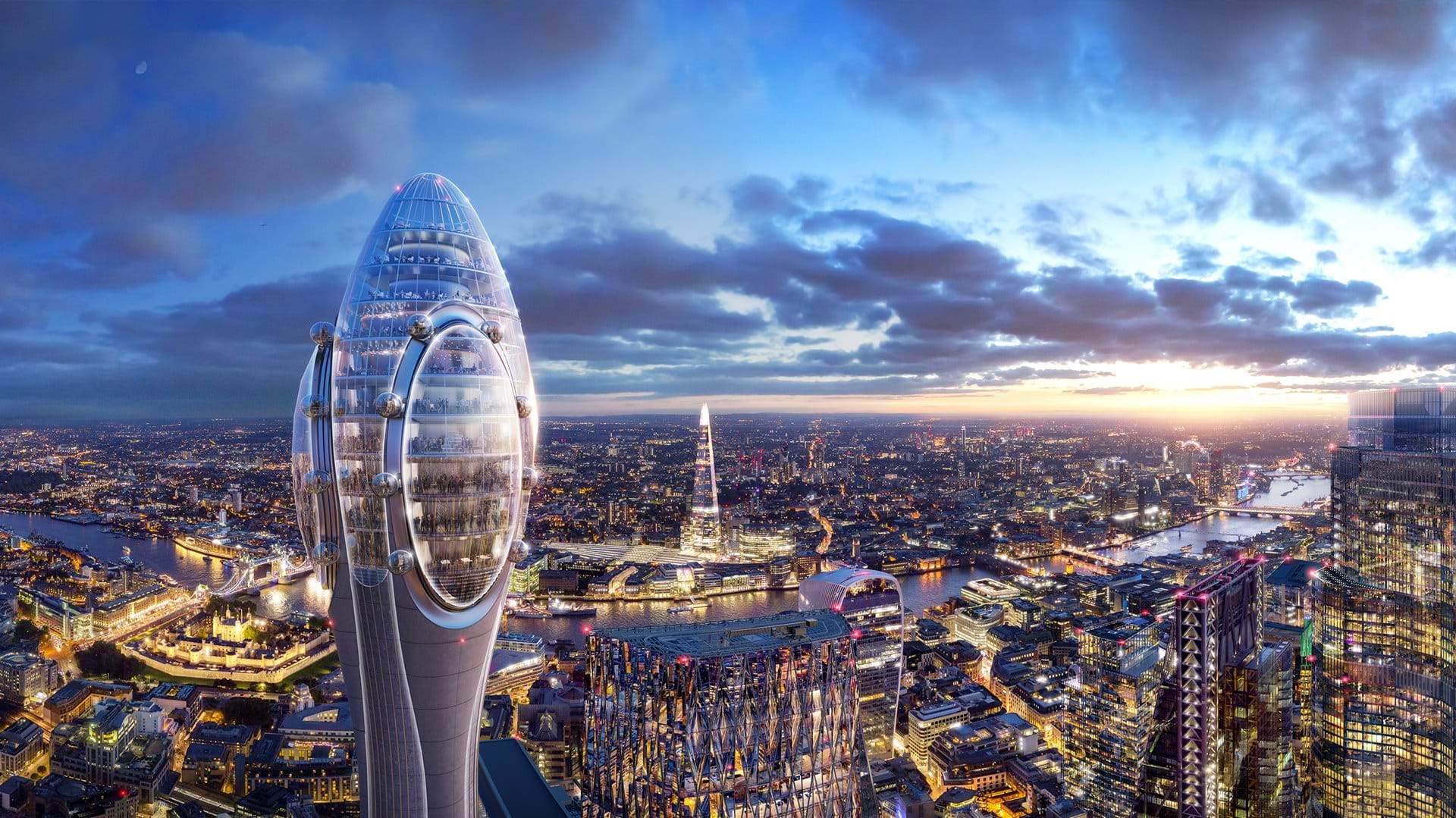